› Quotatis | Builder Advice › Inspiration › Which Type of Building Contract Should I sign?

If you’re getting building work done, you’re probably thinking about which kind of building contract you should sign.

Any good builder will draw up a contract for you to sign, and if they don’t offer a contract don’t hand any money over or let them start the work.

You may have heard that you can have a fixed-price or a cost-plus contract. But which one is best and which one should you choose?

We go over the difference between the two to help you decide what’s best for you.

A cost-plus contract is where the builder takes the actual cost of building the home and adds a fee for their overheads and management.

This may be a flat fee or a percentage of the total costs.

Bear in mind that you or your builder won’t know exactly what the costs are until they have finished, but the builder should give you an accurate estimate.

This estimate will be in the building contract, but it’s very likely to change slightly. You’ll pay the exact cost of labour and the materials, plus the fee the builder adds.

Advantages of a cost-plus building contract

If you trust your builder and know that they are working with your best interests in mind, a cost-plus contract might work best for you.

Disadvantages of a cost-plus contract

The disadvantage of this type of contract is that if you’ve only got a set budget with not much leeway, you could run into problems. Although you’ll be updated with costs throughout, they can still change.

You need to ensure you have more budget than the estimate to be on the safe side. 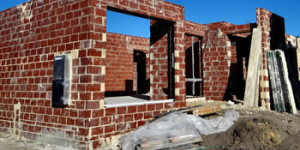 A fixed-price contract is where the contractor gives you an exact price for the work that covers all risks accepted by the builder under the contract.

If the cost of the actual building work exceeds the agreed price, the builder will have to pay for the additional costs. It sounds like a no-brainer – you should definitely go with the fixed-price contract. But is that true?

Advantages of a fixed-price contract

Disadvantages of a fixed-price contract

One large disadvantage of this type of building contract is that the builder will factor in lots of risks that may not be likely to happen. This is to cover themselves from ending up making a loss at the end – so you can end up paying much more.

Advantages of a lump sum contract

Disadvantages of a lump sum contract

You still won’t know the exact cost of the building work until it’s completed, but you’ll pay a more accurate fee than if you were paying a fixed price.

You may also still end up paying more than the work actually cost to carry out. But for ease of keeping close to your budgeted figure, this is a good option.

So what will you decide? Lots of people go for the cost-plus option for large building works, but fixed-price is better for smaller jobs that won’t run into many problems or variations. It’s your choice!

Emily Rivers is the Customer Experience Manager at Quotatis. She informs customers of the latest developments in a range of products so they can make the best choice for their homes and ensures they get the best out of our service.

4 Reasons to Have an Eco Friendly Loft Conversion

An eco friendly loft conversion is typically constructed out of sustainable all-natural supplies. Wood is used for the majority of the structure, and supplies like wool, hemp and cork are used for insulation. Eco friendly materials like recycled... 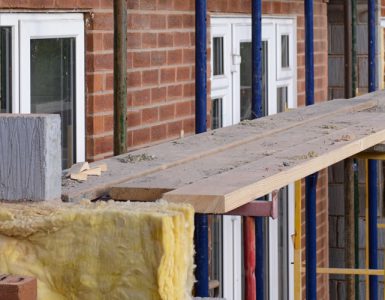 The big decision: Relocate or extend

No matter your reason for needing more space in the home, you’ll have a decision to make. Do you extend the property or consider relocating? Of course, to extend your home you’ll need land available, or you may even be thinking of a loft or garage...

4 Reasons to Have an Eco Friendly Loft Conversion

Tips to Get Through your Building Project without Lovers’ Tiffs

We use cookies to help give you the best experience on our site and allow us and third parties to tailor ads you see on this and other websites. By continuing you agree to our use of cookies.